Resources | Contact | Newsletter
You are here: Home / The Dr. Kelley Story in 7 Parts

I've been asked to talk slowly.  Now, its genetically, physiologically and morally impossible for me to do that but I'll try.  But probably fail.  I'm going to talk about cancer today, particularly about William Donald Kelley. Now for Dr. Kelley, cancer began with eye problems.  He was riding down the road in his antique Cadillac he called "Twinkles," and he noticed he was having trouble seeing street signs. He was 35 years old and had perfect vision up to that point.  He didn't pay much attention to it.

But over the ensuing months, his vision got progressively worse.  He went to his ophthalmologist, who said, "Look, you're 35 years old, you're nearsighted, you need glasses."  Well, that wasn't too big a deal, but about three months later, he noticed as he was working on his patients (Kelley was an orthodontist, he did a lot of close work in patients' mouths), and he noticed that he had trouble seeing the teeth clearly in his patients and doing the intricate work with pliers.  So he went back to his ophthalmologist, who said, "This is kind of interesting, you need bifocals."  Now, this didn't sit too kindly on Kelley's soul, he thought 35 years old was too young for bifocals, but he wore them. And they seemed to work well for about three months, and then he noticed that with bifocals he could see the far distance well and he could read, and he could do his intricate work in his patients' mouths, but the intermediate distances were getting kind of fuzzy.

This was unusual, so he went back to his ophthalmologist, who said, "You need trifocals. This is the first time I've ever had a patient who needed trifocals." This was a blow to Dr. Kelley. Just about the time he needed trifocals, he started developing muscle cramps.  Initially, they weren't too serious. They were in his arms, and he figured this was because he was spending twelve hours a day working hunched over his patients.  But the pains got progressively worse. They were like severe charley-horses in his arms. Then they evolved to his legs, and pretty soon he was getting terrible chest pains-- in fact, he ended up in the local emergency room three times with terrible chest pains, thinking it was a heart attack. But his EKGs were normal, so he went to his local doctor, who just suggested that he was working too hard and needed to take some time off.  Kelley did that, but the pains didn't get any better. 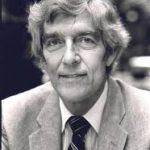 And just about the time that he was having trouble with his muscle pains, his hair started to fall out.  Kelley had a thick head of hair and baldness did not run in his family, so at age 35 when his hair started to fall out, this was serious. So he went back to his doctor, and the doctor said, "Well, this is just stress and aging, there's nothing you can do about it."

Now, about the time his hair started to fall out, Kelley developed a severe, cataclysmic depression.  Now, Kelley had never been depressed a day in his life.  This was a man who worked 14 hours a day as an orthodontist, loved his work, had a wonderful family, four kids - all adopted and he loved dearly, a good wife, he was very active in community affairs, he just wasn't a depressed type. He had never been depressed, and now suddenly he would wake up in the morning with crying spells.

Kelley wasn't interested in his work, wasn't interested in his family, he thought about chucking orthodonture to go live in the mountains of Colorado. This is very unusual for him.  He went to his doctor and begged for anti-depressants, but the doctor said “No, you're just working too hard, you have to take some more time off”. So, Kelley took more time off, and the depression got worse.  Just about the time he was starting to feel suicidal, his belly suddenly expanded overnight, and he went to his doctor, who said, "You have to go into the hospital."

Dr. Kelley was very well known in the Texas community where he lived, and they called in all the local surgeons and gastroenterologists, and the surgeon took one look at this man and said, "This guy's got terminal cancer."

This was about 1964 and in those days, they didn't have sophisticated CAT-scans or ultrasounds. They just had simple ultrasound and X-ray equipment. They did a whole series of X-rays and found that there were lesions in his lungs that looked like metastatic disease - a huge tumor in his right hip and his liver was three times its normal size.  It appeared that he had a pancreatic tumor that had metastasized very quickly.  The surgeon said he was too sick for surgery. The doctors told his wife Kelley had four to six to eight weeks to live.

That was the bad news, but the news got even worse.  His wife handled this sudden occurrence by packing up and leaving. Leaving Dr. Kelley with four young kids and dying of cancer.  Now, Dr. Kelley did what any sane man would do in a circumstance like that.  He called his mother.

Who Was Dr. Kelley?

Your Support Makes a Major Difference

Learn all the ways you can help our 501 (c) 3 research and education foundation.

“WOW! The Best of Dr. Kelley and Dr. Gonzalez in the ultimate metabolic diet test!”