Dr. Kelley's mother, Velma, is an unusual character, and I've talked about her before in my other lectures.  You'd have to meet Mama Kelley to really appreciate her.   She raised three sons on a dirt poor, Kansas farm, 80 acres, during the Depression.  Her husband died of a heart attack leaving her with three kids, and she got them through college and graduate school.  Kelley's older brother is a very famous dental surgeon, and his younger brother is an expert on Robert Browning the poet, in fact Professor Kelley runs the Browning Foundation and is world renowned for his work. And of course, then there's this "crazy" Dr. Kelley the cancer doctor.

Kelley called his mother and said, "Look, I have a problem," and she said, "What's the problem?" and he said, "Well, I've just been told I have six weeks to live, I've got four young kids and my wife left me.  What am I going to do?" 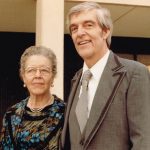 Kelley said to his mother, "That's absolutely and totally impossible.  I've had the best doctors in Texas tell me I have four to six to eight weeks to live with terminal pancreatic cancer."  His mother said, "Nonsense."  That day she got on a plane and flew down to Texas and walked into Kelley's house to get him well.

Now how did Mama Kelley approach Dr. Kelly's terminal prognosis?  Well, the first thing she did was take all the food in his cupboards and throw it away.  Kelley was probably the preeminent connoisseur of junk food that I ever knew.  He knew the ingredients of every brand of chocolate bar, and he basically lived on Fritos and chocolate bars for years. So it wasn't too surprising that at the age of 36 he would develop terminal cancer.  His mother was a very wise woman.  She'd grown up on the land, had grown up on the farm, had raised farm animals and raised her kids according to very natural principals and good healthy food.

The first thing she did was go to the local health food store and load up on fresh fruits, fresh vegetables, nuts, seeds, whole grains, no animal protein.  And from that day she put her son on a very rigorous diet, a complete vegetarian diet, a complete raw foods diet, consisting of nothing but fresh fruits, vegetables, nuts, seeds, grains, beans, sprouted beans, that sort of thing.  Absolutely no animal protein, no fish, no poultry, no red meat, no dairy products, no nothing.

This was a very difficult diet for Dr. Kelley to follow, because he liked Big Macs, he loved Hershey bars, he loved Fritos, but his mother wouldn't allow those things in the house, so he had no choice but to do it.  To his absolute total astonishment, two weeks passed and then four weeks passed, and he felt a little stronger. Six weeks passed, eight months passed and he didn't die. Three months passed and his mother walked into his bedroom one morning and said, "Okay, three months have passed, you're getting better, it's time for you to go back to work."

He said, "Now, wait a minute, I have terminal pancreatic cancer."  She said, "You've got four kids who've got to eat, and your wife emptied out your bank account. So, you're going to work whether you want to or not," and from that day he started seeing his patients again.  He'd see a patient, sleep for about fifteen minutes, see a patient, then sleep for about fifteen minutes.  The miracle was first that he wasn't dead, and secondly, that he really was getting better.

Now Dr. Kelley is a true scientist in the tradition of true scientists.  Scientists are different from the rest of us because they ask questions that the rest of us would be too lazy or too crazy to ask.  He said, "I cannot believe that my mother is the first person in the history of the world who figured out that a diet of raw foods, nuts and grains, as horrible as it is, can stabilize cancer.” He said, “I can't believe that she's that smart.”  So he went to his local library, he was feeling kind of feisty, so he went to the library to see what he could find.

“The report is fabulous! I sent the link to my friends and told them all to JUST DO IT!”

“WOW! The Best of Dr. Kelley and Dr. Gonzalez on the ultimate metabolic diet test!”