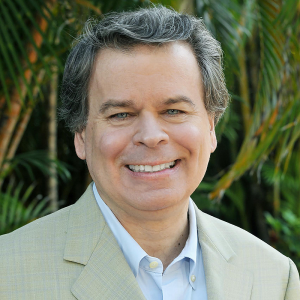 During a postgraduate immunology fellowship under Dr. Robert A. Good, considered the father of modern immunology and for years President of Sloan-Kettering, he completed a research study evaluating an aggressive nutritional therapy in the treatment of advanced cancer. Dr. Gonzalez died on July 21, 2015 at his home. Since 1987, Dr. Gonzalez had been in private practice in New York City, treating patients diagnosed with cancer and other serious degenerative illnesses. His nutritional research has received substantial financial support from Procter & Gamble and Nestle. Results from a pilot study published in 1999 described the most positive data in the medical literature for pancreatic cancer.

In his lifetime, Dr. Gonzalez wrote three books. The first, The Trophoblast and the Origins of Cancer, discusses from a contemporary perspective Dr. John Beard, who 100 years ago first suggested an anti-cancer effect for pancreatic enzymes. The second in the series, One Man Alone, presents the results of Dr. Gonzalez’s five-year investigation of the alternative cancer practitioner Dr. William Donald Kelley completed under the direction of Dr. Good. The third, What Went Wrong: The Truth Behind the Clinical Trial of the Enzyme Treatment of Cancer documents Dr. Gonzalez’s battle to have his therapy properly tested in an NCI clinical study.

Four additional books by Dr. Gonzalez have been posthumously published by his wife, Mary Beth Gonzalez. His two volume, best case report series, Conquering Cancer, Nutrition and The Autonomic Nervous System: The Scientific Foundations of The Gonzalez Protocol®, about why different people need different diets and Proof of Concept: 25 Best Cancer Cases Presented to the National Cancer Institute. All of Dr. Gonzalez’s books are available on Amazon.

Considering the Ketogenic Diet for Cancer? Read this first!

Future Plans of the Foundation

Learn about upcoming research projects from The Nicholas Gonzalez Foundation.

Want to Know
What Diet is Best For You?

Learn More About The Test